My name is Dave Anderson, Veteran of The British Army now living & working in The Netherlands.?I do not want to publicise my own PTSD in-depth as I feel it would give the public an impression I am seeking attention and would not really serve any real purpose. 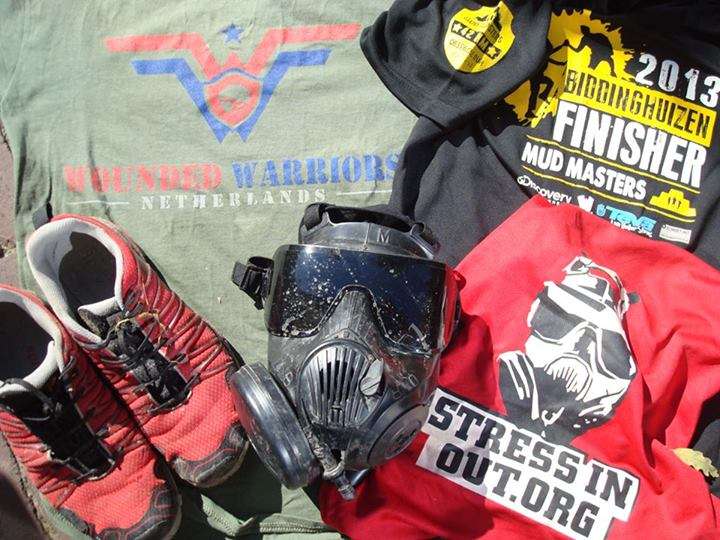 What is ‘Stressin’ Out?

Stressin’ Out is a non-profit organisation made up a serving Military, Veterans and Civilians who have come together to raise awareness of Post Traumatic Stress Disorder here in The Netherlands, United Kingdom and we even have one member in the USA.?We are not raising money for any particular organisation as there are so many out there that are doing this and doing it very successfully.

We are however aiming to raise the profile of PTSD in the public eye. We aim to do this by taking part in running events ranging from Mud style obstacle runs to road races and ultimately in 2014 a 100km Ultramarathon wearing the gasmasks.

I suppose I would just like to have the public understand that those who suffer from Post Traumatic Stress Disorder are just like you but they are having issues coming to terms with events that have happened to them as a result of combat. War/conflict is not as Hollywood portrays it…it’s is dirty, filthy, horrific and there is certainly no glamour crouching in a foxhole hoping your number isn’t up or watching as a friend dies as a result of the injuries they have sustained.

Post Traumatic Stress Disorder is a complicated ‘injury’ and can occur as the event is unfolding or can take years and years to come to the surface.?The question we should be asking is not ‘What is wrong with them but …What happend to them’?

What connection does PTSD have with these events?

I believe there is a real connection between a PTSD sufferer’s journey and Mud runs in that they are both about taking on your fears and tackling them…sometimes an obstacle is not so straightforward, you have to think differently to overcome a challenge or obstacle.

For many running for the 1st time your alone and wondering how you’ll make it through but slowly you press on. Ultimately you realise you cannot make it through on your own. You help others and likewise recieve help from others and as you do more events you build a network of friends based on trust, understanding and a sense of Esprit de corps that few people really expericance in normal daily life unlike those in the Military.

What is the mask for and does it mean anything?

The mask carries a very strong image and grabs attention of the public and as such is a very powerful visual tool to enable us to stand out from the crowd.?In addition the Avon Protection C50 mask symbolises the invisble mask many Military & Veterans wear each and every day to show the world they are ok but in reality many find it a battle just to make it from one day to the next. 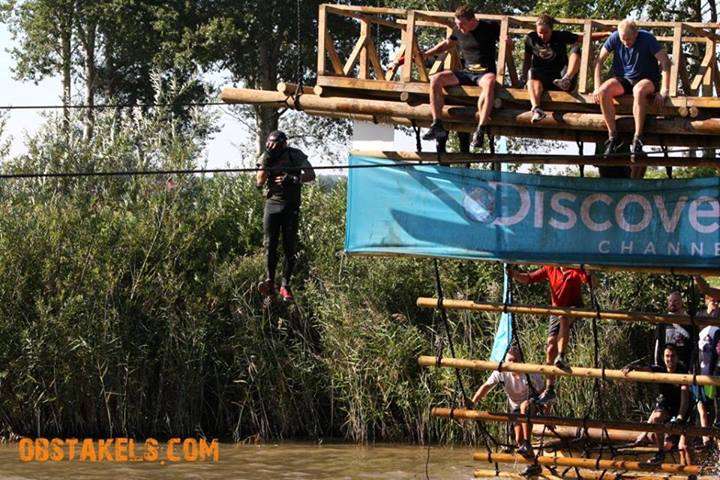 Is it hard to breath in the mask and run?

Yes there is a noticeable resistance in breathing when running in the mask but you learn how to run whilst wearing the C50 mask by not speeding up/slowing down to quickly.?But in all honesty the difficulty of running in the mask is a small price to pay to raise awarness of Post Traumatic Stress Disorder.

Do you have any special inititives ?

The colour red has many meanings to people in the Armed Forces …. I would like us to remember those who have served their country and especially those who paid the ultimate price and died as a result of war/conflict to protect us. I would like us to show our support to those who have given all by wearing the colour red each Saturday…so as were enjoying our weekends we can also remember those who cannot be with us and of course those who are suffering daily as a result of their injuries that were sustained protecting our freedoms.

It would be really great if we could get people to wear red at the obstacle runs whether you are there to complete, support or just to watch the fun… Wear red to support our hero’s past and present. 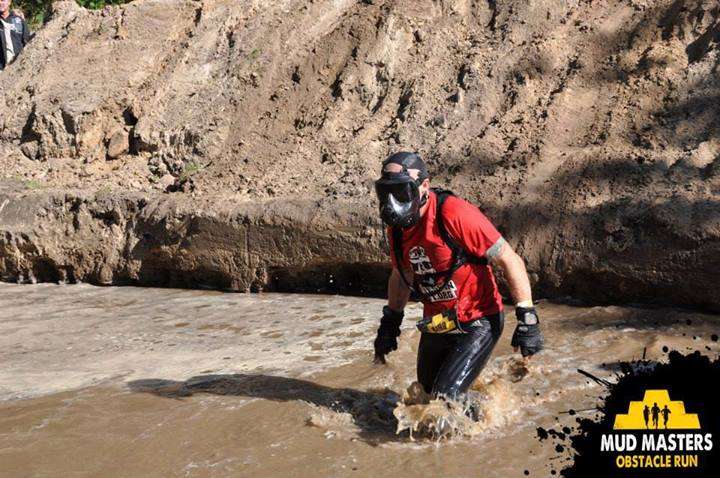 All this talk about war/conflict are you pro-war?

Absolutely not but in reality there comes a time when there is no choice. I wish that there were no need to send the military to ‘solve’ issues anywhere in the world.
The military rarely start conflicts they are merely the pawns of our governments and I’ll leave it to you to decide where the accountability lies.
I am however proud to have served, proud of the military and hope that one one single member of the military ever needs to die or be injured ever again.